“One year after celebrating our 25th anniversary, we will be adding a new wing. Heritage was built for 800 students; we surpassed that five years ago. We now have 1,200 students shoe-horned into our

building. So it’s more than timely that we be able to offer adequate space to our students,” stated Randall during a press conference on campus attended by many dignitaries, including Chelsea Mayor Caryl Green, Pontiac MNA André Fortin and Hull MNA Maryse Gaudreault. 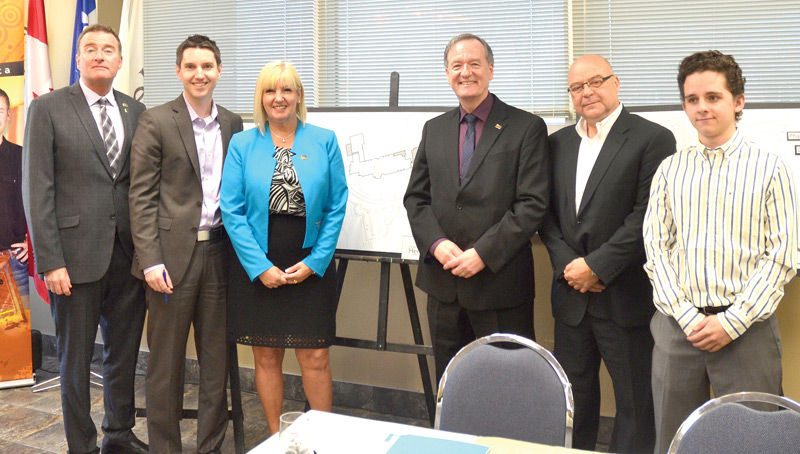 “These new places will enable more young people to study in the Outaouais,” she said.

The investment, part of the Ministry’s 2014-2024 funding plan, will make it possible to provide additional space for the library, physical education programs and teaching labs.

Pontiac MNA, André Fortin, praised Heritage College’s contribution to West Québec’s anglophone community. “Heritage has played a key role in the growth of the Outaouais’ anglophone community. The investment will allow it to continue,” he said. Fortin highlighted Heritage’s role in the rural communities within his large riding. Heritage, the only English CEGEP in Western Québec, operates a small satellite campus in Campbell’s Bay and a nursing program in Shawville.

The agreement between Heritage College and the Education Ministry comes after two years of groundwork. The College will issue a call for public tender shortly. It is anticipated construction will start next fall and wrap up a year from now.