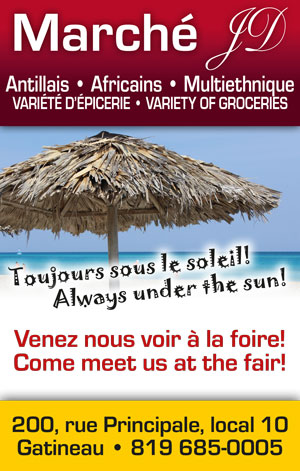 The British Grand Prix returns to the streets of Old Aylmer this September 18. The internationally-acclaimed competitive cycling event will see around 300 speedy cyclists from the region and beyond race in several different categories for valuable prizes, prestige and competitors’ pride. The competition will feature youth riders aged between 9 and 16 as well as an open category for riders aged 18 and older. Top prize for the men’s and women’s competitive races is $1,000

Presented by the Tour de Gatineau, the event hosted by the British Hotel in partnership with the city of Gatineau, is organized by a 12-person committee led by a local cycling club known as the West of Quebec Wheelers. Calling on people to line up and down rue Principale – which will be partially closed to roadway traffic – to cheer on the participants and support local businesses, one of the event’s main organizers John Large told the Aylmer Bulletin that he feels thrilled to reintroduce competitive cycling races to Aylmer for the first time since the start of the pandemic.  “For us the success is just being back in business,” Large said.

Local starlings to keep an eye on in this year’s competition include Aylmer’s 17-year-old wonderkid Jazmine Lavergne, Gatineau’s Laury Milette, and Ottawa-based Olympic cyclist Derek Gee – just back from competing in the Tokyo 2020 Games. Notably, that includes the final races of the year from Gatineau and Ottawa respective youth cycling clubs – which have shown great success so far this year – capped off with a series of competitive men’s and women’s races.

Emphasizing the crucial contributions of local businesses and organizations to the event’s success in the past, Large stressed the importance of supporting returning the favour by helping them now more than ever. Stating that Aylmer’s cycling community has grown significantly in recent years, Large said he hopes the event keeps the growth trend going for many years to come. Reminding that competitive cycling races have been largely off limits across the regions due to the pandemic, Large said that Aylmer district councillor Audrey Bureau, Aylmer Association of Professionals, Industrials, and Merchants (APICA) President Steven Boivin, and British Hotel owner Mike Clemann have been instrumental in making this year’s British Grand Prix possible and keeping the sector vibrant during the pandemic.

In future years, Large hopes for Aylmer to eventually host two international men’s and women’s competitive races, and recreational races, along with the British Grand Prix. “When you get an international event, it puts Aylmer and the city on the map,” Large said.

Highlighting Large’s involvement and perseverance as cornerstone to the event’s quality and ability to survive despite the pandemic, Aylmer district councillor Audrey Bureau said ensuring the perpetuity of local large scale was very important for the community. “It brings visibility to Old Aylmer,” Bureau said. “It helps with economic development for our sector.”

Bureau said residents affected by the road closures imposed by the event will be notified with letters from the city.