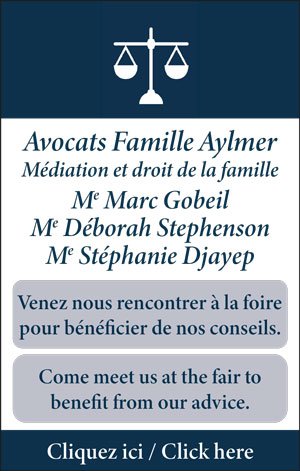 Moving closer to its goal of building a brand-new library in Old Aylmer, the city recently announced that the demolition of Place des Pionniers will begin in November and extend into next spring. Hiring Sherbrooke based contractor Excavation René St-Pierre Inc. for the demolition job, a press release issued by the city on October 6, stated that the work should take place from Monday and Saturday between 7 am and 9 pm – according to the schedule outlined in municipal bylaws. Expecting occasional roadway obstructions in the area, it stated that heavy vehicles will take a designated detour route.

Planning to start building the new Lucy-Faris Library by next summer, the city says it will begin issuing tenders to contractors in the spring. Noting that the project plans the demolition of the current five-storey structure on 115 rue Principale followed by the construction of a new three-storey building with a state-of-the-art two-floor library with modernized amenities and a local municipal service centre on the other floor – approved by Municipal council in 2018 – the building process should take place between the summers of 2022 and 2024. Until the new building finally opens in 2025, the Lucy-Faris Library and the Aylmer Services Centre will be stationed inside the Aylmer Galeries - occupying the old cinema space. Reminding that the original Place des Pionniers was built in 1987, the city says its demolition was imperative due to its old age and structural issues.

Happy to see the project follow its timeline as planned, Lucerne district councillor Gilles Chagnon told the Aylmer Bulletin that the city is working hard to see it through, and that completing it should be a top priority for the municipal council in the next term. “I'm very glad that it’s coming along,” Chagnon said.

Delighted with the progress with the file so far and excited about its potential for Aylmer and the city at large, Deschênes district councillor Mike Duggan told the Aylmer Bulletin that the sector’s recent developments bring him a sense of great optimism. “I think this is great,” Duggan said. “We rebuilt the restaurant pavilion at the marina. Now, we’re rebuilding the library. We’re revitalizing Aylmer.”

More details about the Library construction project are available on the city’s website,  along with information about the Lucy-Faris Library and the Aylmer Service Centre’s current offer of services.