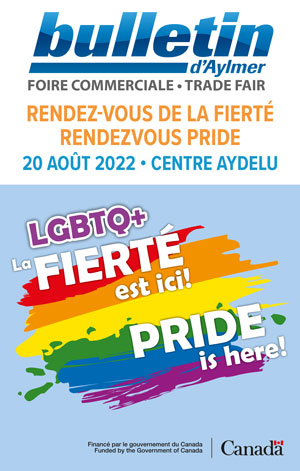 We’ve recently heard that 80 acres of the Forêt Boucher along Chemin Vanier have been approved for development of condo towers up to ten floors high.  The idea of the promoters is to create 3,000 new housing units.  This is a continuation of the city’s densification strategy.

One of the major arguments in favour of this project is its proximity to a future tramway line.  Still, we’re many years from seeing the tramway enter into service.  And looking at the challenges faced by Ottawa, where the light rail trains have been out of service for a month with no clear date for when service will resume, it’s uncertain when a future tramway would become a reliable way to reduce traffic congestion.

If the city is committed to further densifying Aylmer and the Plateau over the coming years, there are ways to incorporate all aspects of urban planning.  Creating attractive options of living in more central neighbourhoods for those who prefer to avoid commutes can reduce traffic congestion.  A bridge farther west would give residents of Pontiac another option in terms of travelling to Ottawa, reducing congestion near the Champlain bridge.  Moreover, the promoters of this new Vanier residential development project see it as a complete neighbourhood, comprising commercial space and job opportunities.  This has great potential, but care will need to be taken to ensure that those jobs extend beyond retail, offering viable alternatives to commuting for those of other professions as well.

Densification needs to address more than simply the quantity of housing units.  When urban planning is done properly, everyone is better off.  But if we focus on only certain parts of a complete plan we could regret the results for many years as we idle in traffic.  Making sure that those we elect have a solid understanding of urban planning and a complete approach to developing our neighbourhoods will position us well in the years to come.

To provide both sides on a recent story:

The edition of this editorial from September 29th referenced the cutting of trees on public property without proper permits, and that members of the council were angered by the lack of subsequent consequences.  When contacted for their perspective, a representative of BBL, the company involved, provided further comments, contradictory to what had been stated in Le Droit and by the mayor.  BBL states that the land was sold to another company unaffiliated to their own, as opposed to the mayor’s comments quoted in Le Droit which implied they had sought to acquire the land themselves after cutting down the trees without a permit.  BBL also stated that maintaining trees on land for development is difficult, since the trees often die after construction, and can be a danger to workers during the building phase.  BBL also explained that the likely penalty for cutting the trees without a permit would have been $5,000, but that their voluntary solution to replant trees cost them approximately $50,000.  They are also contacting the mayor’s office and Le Droit for a retraction of what was said and published about this issue.