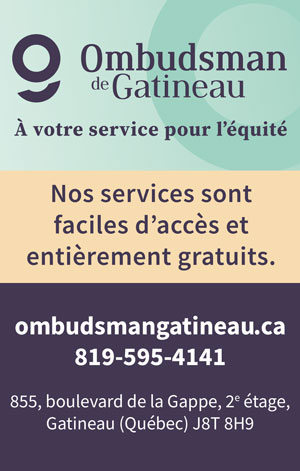 Some farmers in Canada’s agri-food industry might be hopping mad about Health Canada on the one hand, while strongly supportive on the other. And consumers? Where do we all stand, I wonder?

In January, Health Canada released their new version of Canada’s Food Guide. They recommend Canadians reach for water as our primary liquid – and avoid beverages such as sugar-infused packaged juices and sodas. The Guide mindfully suggests we prepare our own meals (thus avoiding processed foods) and choose foods that are not high in sodium (such as hot dogs).

However, the 2019 Food Guide recommends we eat more whole grains, legumes, fruits, vegetables while limiting dairy (including cheese, yoghurt and all milk products). Plus, we’re advised to eat plant-based proteins (lentils, nuts, soya etc.) and limit our intake of meat. Yes, we can still safely include lean meat in our diets, but we’re encouraged to eat far less of it and to “go lean”.

The Dairy Farmers of Canada “remains concerned that the updated food guide does not reflect the most recent and mounting scientific evidence available: Milk products are a key source of 6 of the 8 nutrients that most Canadians already fall short of: Calcium, magnesium, zinc, vitamin A, vitamin D, and potassium.” (bit.ly/2GC1bmf)

The debate over Canada’s Food Guide is just starting. As a consumer, I have mixed reactions. I eat meat and support local Pontiac livestock producers’ lamb, pork, chickens and other locally raised meats. And I love dairy: I drink 1% milk, eat kefir, yogurt and cheese.

However, I applaud much about these dietary recommendations. I’m pleased to see fruits, vegetables, legumes recommended. It’s healthy for us to be encouraged to drink water and avoid sugar-saturated drinks. I support suggestions concerning mindful eating, preparing with “raw ingredients” rather than ingesting processed, packaged foods and meals, and eating with family and friends.

But I am curious to hear how our local farmers and consumers react to this Food Guide.

On January 11, Health Canada noted, “After a thorough scientific review, we have concluded that the concerns raised by the objectors [to the health risks associated with glyphosate] could not be scientifically supported when considering the entire body of relevant data. The objections raised did not create doubt or concern regarding the scientific basis for the 2017 re-evaluation decision for glyphosate. Therefore, the Department’s final decision will stand.” (bit.ly/2TIXIp4)

Personally, I’m less enthusiastic about Health Canada’s approval of the most widely used herbicide in the world which has been linked to cancer, Alzheimer’s, Parkinson’s and other diseases. (bit.ly/2stbeAo)

This herbicide is also used by farmers as a desiccant, sprayed on crops such as soybeans a few days prior to harvest. (A dead plant is easier to harvest than a living plant). (Ecowatch explains at: bit.ly/2yetKBd)

Meanwhile many Canadian environmental groups continue to have grave concerns regarding glyphosate – concerns which echo those of the World Health Organization and other international bodies.

“We maintain that the scientific process at Health Canada appears to have been compromised by manipulated data and flawed analyses. Today’s decision continues to entrench glyphosate-based agriculture in Canada at the expense of our health and the environment. Meanwhile, other countries like France are implementing plans to phase out glyphosate and encouraging healthier, more sustainable food production,” said Annie Bérubé, Director of Government Relations at Équiterre.” (bit.ly/2I6y7pm)

Should we, as consumers of agri-foods such as corn, soy, canola, wheat, oats and barley be concerned that glyphosate is in foods we consume? Is concern about glyphosate-contamination of ground and surface water valid?

I remain concerned, just as are our leading Canadian environmental organizations, European and other world organizations.