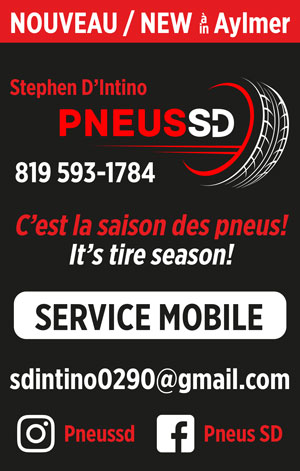 Mr. Premier, “Be careful what you wish for, lest it come true.” (The origin of this quote is unknown, but it first appeared in print in the USA in 1902 in Edgar Allen Poe’s The Monkey’s Paw.)

“Uncle Phil” was in Montreal on Thursday, June 15 for the press conference on the new electric train network.

The Premier took the opportunity to appear during the morning rush hour on CJAD Radio 800, Montreal’s news-talk English radio station, and then trot over to meet with the editorial staff of the Montreal Gazette in his Downtown Montreal office.

The Premier announced plans to establish a new government secretariat to deal with the English-speaking community’s issues.

Questioned about appointing a cabinet minister to head a specific ministry dealing with the English-speaking community during the next cabinet shuffle expected in September, the Premier responded that he had not ruled it out.

During Pauline Marois’ short-lived Parti Québécois minority government, Jean-François Lisée, Member of the National Assembly for Rosemont, was Minister of International Relations, La Francophonie, and External Trade and Minister responsible for the Montréal region from September 19, 2012 to April 23, 2014. One of the dossiers that the present Leader of the Official Opposition also handled at that time were relations with the English-speaking community.

The Premier specifically mentioned that cabinet ministers Kathleen Weil and Geoffrey Kelley “are good conduits for the community’s concerns.”  Kathleen Weil is the MNA for Notre-Dame-de-Grâce and Minister of Immigration, Diversity, and Inclusiveness. Geoff Kelley is the MNA for Jacques-Cartier and the Minister responsible for Native Affairs (as well as the proud father of Gregory Kelley).

If the Premier looks for an MNA to take on this new ministry, David Birnbaum, MNA for D'Arcy-McGee, is the Parliamentary Assistant to the Minister of Education, Recreation, and Sports (elementary and secondary education) and to the Minister responsible for Higher Education (college and university education). In his previous life, David Birnbaum worked as the head of both Alliance Quebec and the Quebec English School Boards Association.

Referring to his Minister of Health and Social Services as “a good listener”, Gaétan Barrette, MNA for La Pinière, has come under severe criticism for his hurried Law 10  introduced in September of 2014 and passed in February of 2015, his mega-million-dollar austerity cuts in health and social services, and his caustic comments regarding the management of hospital budgets at the McGill University Health Centre, which includes Montreal General, Royal Victoria, Montreal Children’s, and other English hospitals.

Sébastien Proulx, MNA for Jean-Talon and Minister of Education, Recreation, and Sports and Minister of Families, saved the bacon for the Québec Liberal Party in 2016 with Law 105, bailing it out from the disastrous aftermath of then Education Minister François Blais’ Bill 86.

The former MNA for Trois-Rivières with the Coalition Avenir Québec, Sébastien Proulx, is not out of the woods with irritating issues surrounding the Curriculum of the History of Quebec for Secondary III and IV and the invisibility of the minority communities, the passing grade of 58% or 59% or 60%, the bloating of marks, the rumours of leaks of ministry examinations, and the mega-million-dollar austerity cuts in education, among others.

Continuing allegations of corruption drives dissatisfaction with the incumbent government to seventy per cent (70%) in recent polls.

The conservative fiscal approach that produced three balanced budgets drives the QLP into an economic approach shared with François Legault’s CAQ that is pandering Anglophone and Allophone votes on the West Island of Montreal and in the regions.

An interesting Quebec general provincial election in the offing – you bet!