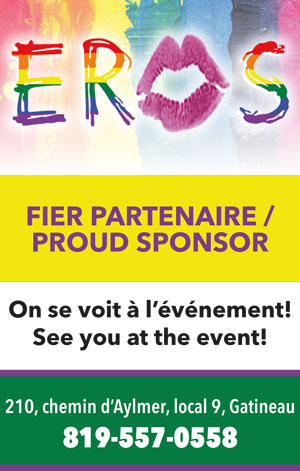 "We need your donations...”

“This year, more than ever...” or “With the pandemic... ", I've heard these phrases lot in recent months all over the place. However, something is bothering me. The notion of philanthropy is a complicated thing to study. Yet its definition seems to have a consensus: it is an action in favor of others, a gift (of time, money, goods or services) that creates a de facto strong relationship between the donor (the benefactor) and the beneficiaries. But beware, it is also, in its traditional definition, an asymmetrical, unbalanced relationship. Indeed, philanthropy implies precisely a form of reciprocity, a "return on investment", even if symbolic. The person who receives the gift contributes to the development of the giving process. However, today, one would be tempted to say the opposite, to associate it with a free gesture?

In fact, over the centuries, the meaning of the term has shifted to a more religious dimension of charity and benevolence. In Quebec, the influence of the religious apparatus contributed to reinforce this phenomenon; it is also very present in the Anglo-Saxon Protestant tradition. Let's say that it is cultural. In the last century, philanthropy has become secularized. From now on, the two spheres coexist in a beautiful diversity. One could rather speak of philanthropy: for example, that of the abolitionists (of slavery), transnational; that of charitable actions, close to home, such as the formidable daily work of the Aylmer Food Center; there is also the philanthropy of large scientific research companies, for a better understanding of diseases; local, regional or international humanitarian action. Today, NGOs have multiplied and cover multiple, generally essential needs (health, education, food, housing), but their action often masks a certain failure of the states. Why is this?

Well, if we think about it, how is it that nowadays, in our so advanced societies, where many people can afford $400 or $500 game consoles, a home cinema for ten times as much, we still accept to have neighbours who live in living conditions worthy of the industrial era, do not eat enough or cannot even buy the minimum school material for their children? And why should we, the citizens who already pay taxes, give a few pennies at the entrance of the highway to homeless people at each passage, sponsor several African children, already have two or three automatic deductions for various charities, do volunteer work or regularly leave food at the exit of the supermarket for the food bank, why should we give more?

If we accept the idea that the mission of states is to rebalance opportunities, to compensate for natural injustices, those of the jungle and the law of the strongest, why are these same governments, whether it be the city, the province or the entire country, not enough to meet the needs? Personally, I see no less beautiful and big cars, no less beautiful and big houses, no less high-tech equipment and over-equipped citizens. All of this comes at a price, though. Are all these people, you, me, them, poor? Where does the wealth created by a system that should benefit everyone, but actually benefits a minority and leaves more and more of our fellow citizens out in the cold? (Translation: BA)